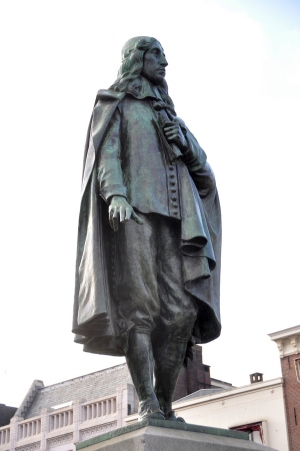 At the end of the seventeenth century this was to change. More and more regents bought up the rights of noble families that were dying out, and assumed the title of ‘lord’. They began to wear wigs, communicated in French and formed a closed social rank. A regent’s son did not want to marry beneath his station and therefore he chose to marry a regent’s daughter, so that a closed governing caste, as it were, came into being. This did not enhance the quality of town administration, because from then on, it was who you were and not what you were that became the main criterion for becoming a magistrate. In town consultation bodies, in the Regional States and in the States-General, the same people put forward the same points of view again and again. Dissenting voices grew silent, and the Republic slowly became weighed down by a suffocating form of group thinking.

In the Golden Age it had not yet come to this. In that period, the regent class was still an open group of professional administrators, committed to the freedom of the towns and to freedom of conscience for everyone. They were not quibblers who suppressed another’s opinion. The principle that an offence should not be punished purely and simply because it was forbidden, stems from them. They held that some slip-ups are so innocent that they ought to be ignored. To use a modern term: sometimes, they pursued a policy of looking the other way.

Not that they were the first to do this. The spread of Calvinism in the sixteenth century could only have been possible because the town authorities did not keep to the letter of the law. The law laid down that heretics were to be handed over to the Inquisition, but, as we have seen, this law was usually circumvented. In the sixteenth century, Holland already had a consultation culture and the necessary condition for this was freedom of conscience; first and foremost, freedom of conscience for Calvinists and after that for Catholics, Jews, Lutherans, Baptists, and free thinkers, such as Descartes, Spinoza, and Voltaire. When Amsterdam had become a truly capitalist town in the Golden Age and people realized that the town was doing very well out of its tolerant attitude, only then did toleration become deliberate policy.

Although Sir William Temple considered Jan de Witt ‘the greatest statesman of our century’, the Dutch politician could not possibly have foreseen what would happen in 1672. The French King, Louis XIV, was sick and tired of that upstart country in the north where every subversive tract could be published with impunity. Moreover, opponents of his reign cited the prosperity of the Republic as evidence that there were alternatives to an absolute monarchy. Louis hated Holland. That was not new. On the other hand, the fact that England had allowed itself to be drawn into an alliance with France came as a great shock. Certainly for Johan de Witt and William Temple, it was a bolt from the blue: it was completely illogical that England would permit its arch-rival France, to dominate the Flemish and Holland coasts.

Be that as it may, in 1672, the Third Anglo-Dutch War was a fact. Johan de Witt had to resign and was lynched. While the English fleet prepared for a landing on the Dutch coast and the French crossed the Rhine, the population of Holland forced the States-General to appoint William III of Orange as Stadtholder. Meanwhile, the war did not proceed half as disastrously as had been feared. Three times Admiral de Ruyter forced the enemy fleet to abandon an invasion, after which England withdrew from the war altogether, nineteen months after the war had broken out. (England lost parts of Guyana and gained New Amsterdam, which today is called New York.) The French came up against flooded areas which were very difficult to penetrate, and although the Dutch talked of a ‘Year of Disaster’, at the end of the day, they came out of it almost unscathed.

Ironically, the King of France had helped a formidable opponent into the saddle who would otherwise never have come to power. Asthmatic and hunch-backed, William III in no way resembled the gallant diplomats of his time, but he was indeed the architect of Louis’ decline. Again and again, William succeeded in negotiating coalitions between European states, thus checking French expansion. In this way, he continued Johan de Witt’s balance-of-power politics.

However, William III had more success with this policy than De Witt. The unknown factor in all the anti-French coalitions up to then had been England. But as a son and husband of English princesses, the stadtholder could stake his claim to the British throne, and in 1688, he got himself invited to England by a small Calvinist minority. With five-hundred ships, borrowed from the Dutch state, he sailed across the Channel, landed in Devon, captured London and demanded that the English pay the occupation forces. Finally, he made his rule acceptable to his subjects by ratifying the rights of Parliament. 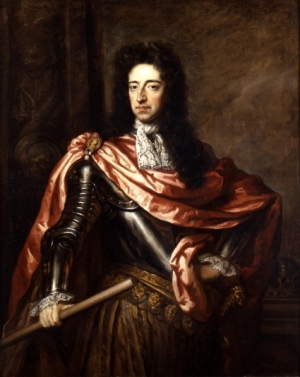 For William III, recognizing these rights was not such a huge step, since, as stadholder in the Netherlands, he had been accustomed to sharing power with the States-General. For England this action broke new ground, because earlier monarchs had disbanded Parliament rather than consider its rights. The British called the conquest the ‘Glorious Revolution’.

For the King-Stadtholder, taking control of Britain formed the basis for a great alliance against France; one which remained intact after his death and eventually forced Louis XIV to back down. The power of the Republic of the United Netherlands seemed to have reached an absolute pinnacle. On many occasions, however, William III was compelled to put the interests of the anti-French alliance before those of the Republic. He would not allow the Dutch to trade with France, for example: an action which would have consequences for Dutch trade in the eighteenth century. But around 1700, Amsterdam still seemed to be ‘like an empress wearing the crown of Europe’.