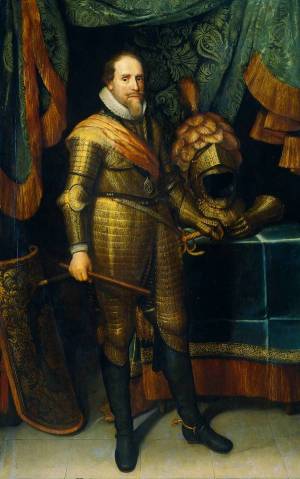 Every form of rational order was missing in the state institutions of the Republic: the States-General made decisions about the aims of a military campaign; the State Council fixed the war budget; the Provincial Estates financed it and appointed the stadtholders to command the army, and when the campaign ended with the occupation of a town outside the Seven Provinces, the Council of State took over the administration. Furthermore, Amsterdam could sabotage every decision. An example of this is when the Amsterdam refused to make money available for the relief of its commercial rival Antwerp, because the merchants of Amsterdam were only too happy that the Spanish were helping to destroy it.

To sum up: the government of the Republic was characterized by overlapping powers on the one hand, and on the other a form of sovereignty which was divided between the Provincial Estates, the States-General and the stadtholder, with Amsterdam informally holding power. Contemporaries found it chaotic and understood little of it. Whereas, in any normal countr,y they could address themselves to the royal court, here they had to deal with a multitude of official bodies. The British envoy, Sir William Temple, spoke of ‘Dis-United Provinces’ and his Portuguese colleague complained that he did not know whom to bribe. It was indeed exasperating for foreigners, but the Hollanders and their allies were satisfied with the continuous consultations between the various institutions, the endless pacing of the corridors around the Knight’s Hall, and the constant conferring with colleagues: sooner or later consensus was always reached. This was a perfect example of checks and balances although it did not have that name as yet.

This odd form of government turned out to be a success. After 1588, Parma transferred his attention to the south where war with France had broken out. In 1590, Prince Maurice retook Breda. From there he went on to recapture forty-two more towns and fifteen forts. In 1609 Van Oldenbarnevelt signed an armistice with Spain by which the recognition of the Republic of the Seven United Provinces became a fact.