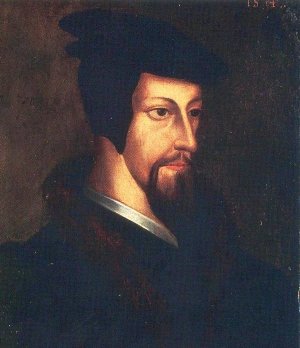 It would be incorrect to say that a person chooses the faith that suits him best. Yet it is worth noting that Calvin was particularly popular in regions where commerce flourished: first in Geneva, later in Flanders,Holland and England, and finally in North America. With the expansion of Calvinism, its doctrine changed. In Holland, for instance, Calvin’s proposition that making a profit was not a sin, was seen as an argument to keep wages low. The material profit of the employer was the spiritual profit of the employee. It followed, therefore, that the employee had to work harder and put more effort into his work for the good of his soul. The American Puritans knew that success was an indicator of a high level of morality, while poverty was a consequence of sinful living. Later, the religious message faded further into the background and earning money became an end in itself: capitalism was born.

Calvin would have been perplexed if he had known what forces he had let loose. He would have pointed out that Christ had clearly said that nobody could serve both God and Mammon. He would possibly have used words similar to those of that other famous thinker with revolutionary economic insights: ‘Moi, je ne suis pas un calviniste.’ (‘I’m no Calvinist!’)

Calvinism quickly gained ground in Holland, due in part to the fact that the old Catholic Church sought to impose its doctrine on dissenters with violence. Although the Inquisition was an accepted phenomenon in other countries in Europe, this was not the case in Holland. There, people were accustomed to rulers respecting freedom of conscience. Many began to have doubts about the Church of Rome.

In addition, Calvinism filled a vacuum because it supplied a new framework for consultations. As already mentioned, the Lord of the Low Countries was separated from his subjects by two levels of society: that of the viceroy and the stadtholder. This made him too elevated and too far removed to enter into consultations with his subjects. Calvinism answered the deeply-felt need to discuss and reach consensus.